When an ancient race tasked with the preservation of the natural world is on the brink of destruction, a young girl must continue the work her missing parents started and embark on a grand adventure to restore balance to the dying world she calls home.

Aida joins forces with an eccentric group of Caretakers that have been involved in Aida’s story long before she was even aware. Using her father’s journal and the collective knowledge of her companions, they make their way to the Hollow Door, the ancient and sealed entrance to the Hollow. On her way, Aida must collect the 3 parts of the key that have been dispersed amongst the Caretakers of the surface. One of them, unfortunately, is in the hands of Traull – the Caretaker-turned-Ironclad governor of the Indestros. Faced with many obstacles from organic phenomenon to mechanical atrocities, the group of determined travelers gather the keys and reach the Hollow, only to discover that everything they’ve been through is merely the outer layer of the real problem. There in the Hollow Aida learns the true nature of earth itself and that symbiosis must be restored before it’s too late. 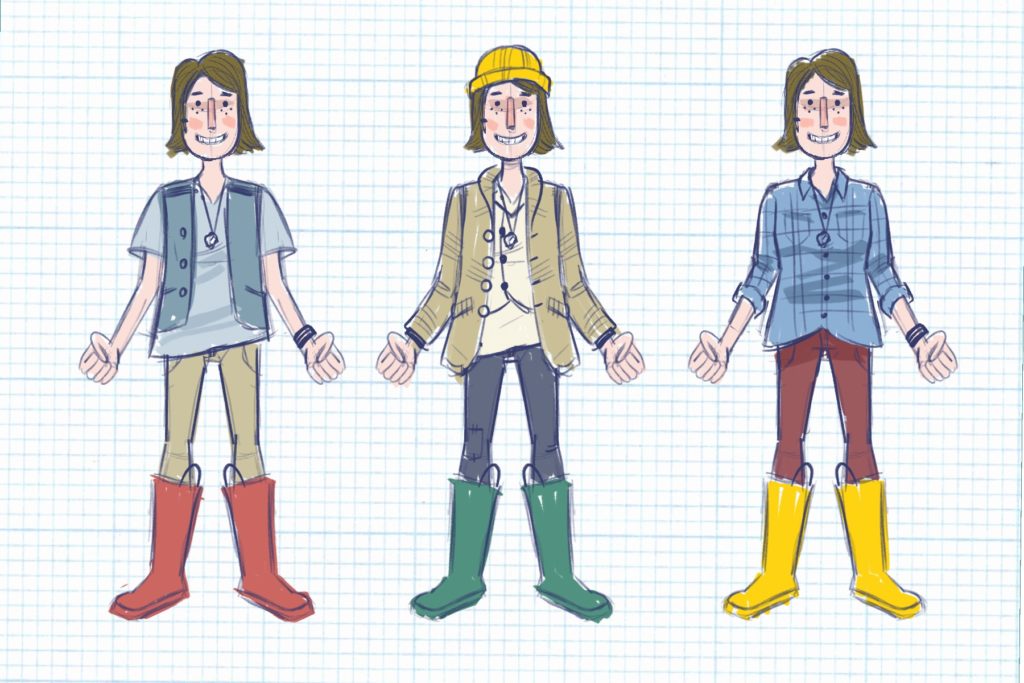 A princess and heir to the throne on her home planet of Atomia, Atomica has never actually been there. Taken as a small child as a refugee on Earth, she struggles to find her way, herself, and her true purpose. Atomica is a living vessel that contains the Radiance, a super powerful energy that fuels her home world. On Earth, aided by her Uncle Professor Electros, she uses her inner energy to power Earths mightiest defender. A giant robot named Collider, who she lovingly calls Clyde. 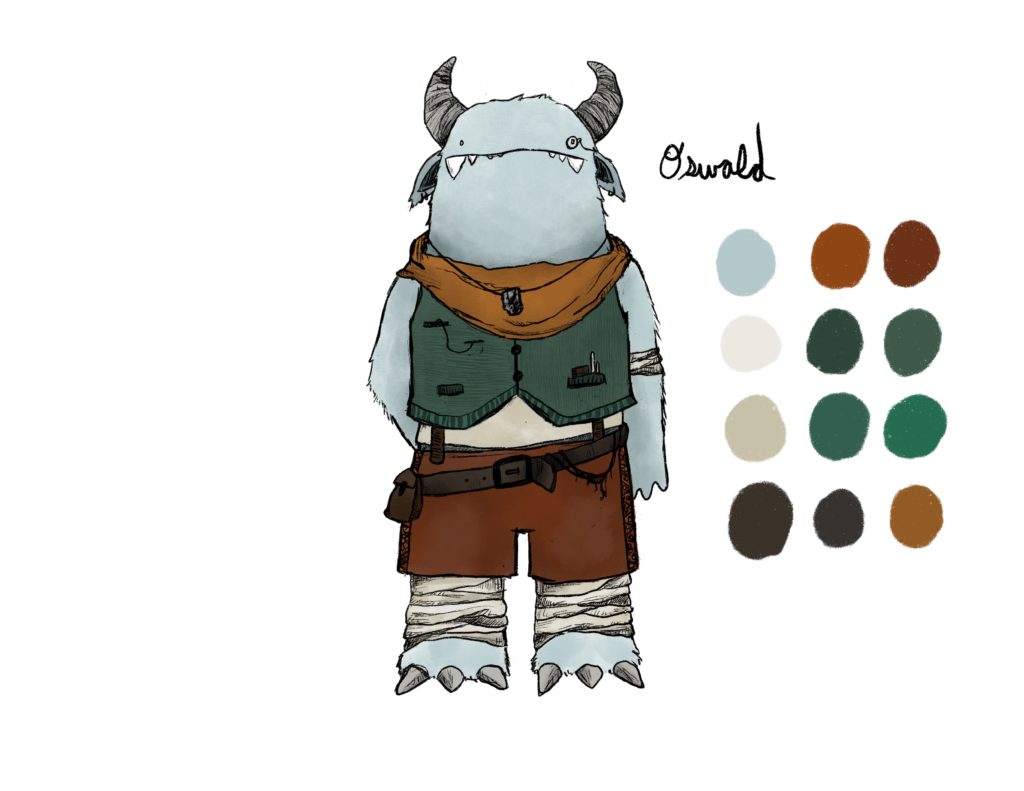 Created by the brilliant Professor Electros, Collider is the pinnacle of Atomian technology. Powered by Atomica’s own energy, this giant robot has become Earth’s mightiest defender. Collider has the ability to generate energy weapons in any form that suit any battle needs that may arise. Through their energy link, Collider is a perfect extension of Atomica’s every thought and move. While he appears to just be a piloted automaton it is strange how he seems to emote towards Atomica. An aspect that the Professor sees as a glitch, and is constantly trying to fix. But, it could be argued that this “glitch” is actually the reason Collider and Atomica are able to overcome the most powerful of adversaries.

This series will be a fun and mysterious journey of self-discovery through human and symbiotic relationships.  Each 11 minute episode, while packed with plenty of action, will also have moments of sincere emotional character development.

In the tradition of the classic 1980s and 90s “Monster of the Week” style cartoon format, Atomica will rely heavily on fast and furious action with a climactic giant super-robot battle each episode. But there is more to this series than just that. A larger story arc will reveal Atomica’s past and eminent destiny that will unfold throughout each season. 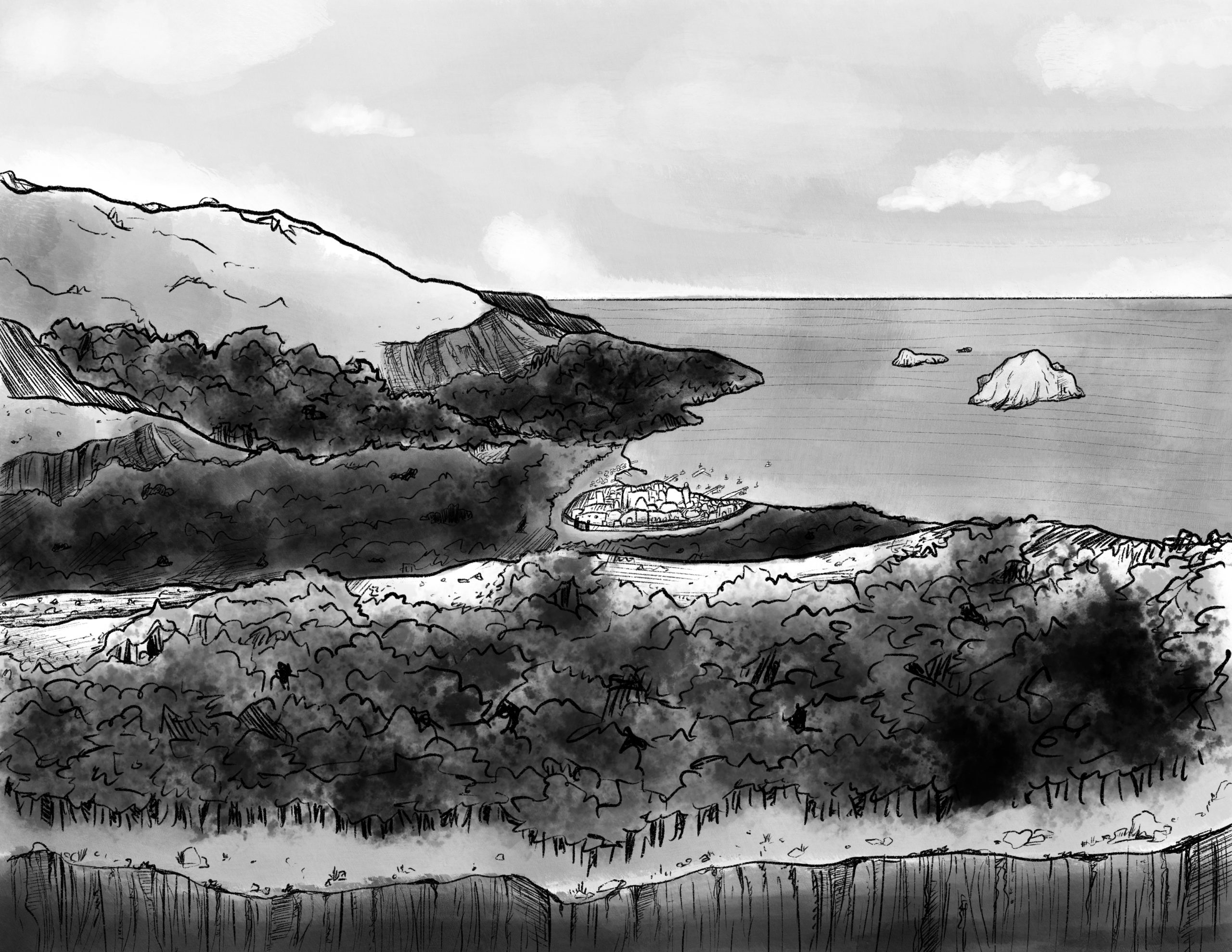 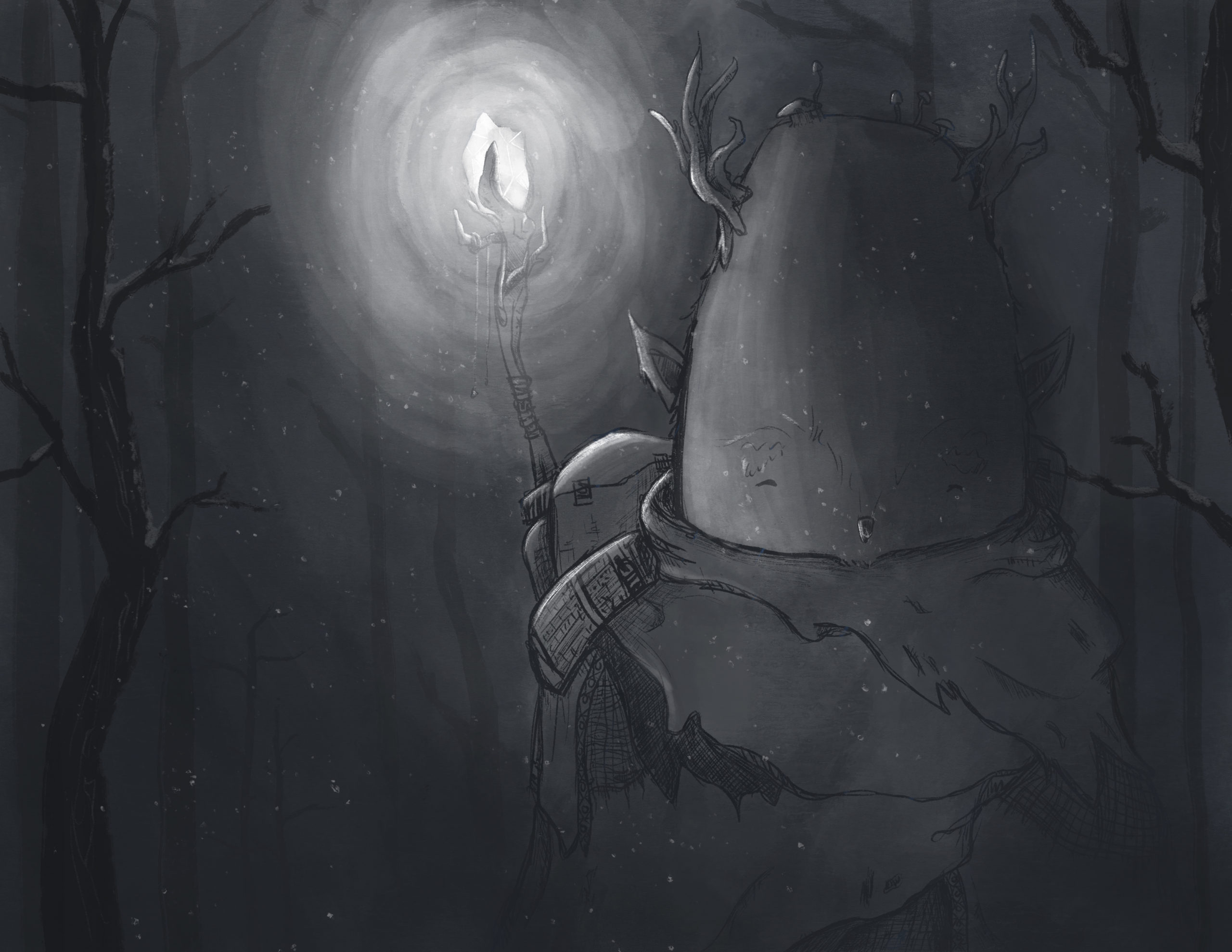 There is a right of succession for the leaders of Atomia that is as ancient as the planet itself. To every new generation of Atomians a royal set of twin boys is born. One twin is born with the Radiance, a powerful form of energy that fuels the plant and it’s civilization. The other twin is not. The current generation is lead by King Protos, vessel of the Radiance. Prince Electros, while still a highly brilliant and influential leader, does not possess this power.

Unable to deny his own heart, King Protos stepped outside of tradition and took for a bride an offworlder, Queen Alurus. The queen of Alturon, a matriarchal society of mighty warriors. In doing so Protos broke the cycle. Instead of two twin boys, their union and the mixing of their alien cell structures produced a set of twins consisting of one boy and one girl. A son named Isomer, and a daughter Atomica. Atomica inherited the Radiance from her father. While unsure of this new precedence, the people of Atomia rejoiced and embraced the coming of their soon to be leaders, and felt that their future shone brighter than ever before.

Through a series of time jumps from past to present, we learn of Atomica and Electros’s arrival on Earth, the decision to help Earth defend itself, the construction of the city defense system and the giant super robot Collider, and ultimately the training of Atomica to power and pilot her giant super robot. Over this span of time the evil Queen Alurus has located Earth, and Atomica. She sends the first Terrornaut to claim our hero, but the marauder is met head on by Earth’s new mighty defender, Collider.

After an exhausting victory over another Terrornaut, Atomica asks her Uncle Electros to tell her favorite story recounting the events that led to their exodus from Atomia. The tale tells of the rise of Queen Alurus, the fall of Atomica’s father, King Protos and the overthrow of the great capitol city of Nucladia. Culminating in the daring escape of Professor Electros with the infant princess, Atomica. But is Electros’s telling of the story the way it really happened?

As Queen Alurus frantically increases her efforts to send Terrornauts to claim Atomica, and the monster incursions become more frequent on Earth, Atomica is left confused as to why they are after her. Electros explains the history and noble lineage of the Atomian Royal Family, and the uniqueness and importance of the energy source called The Radiance. Of which Atomica is one of the few gifted with this great power.

Collider has become quite the pop culture phenomenon. Two Collider super fans from school convince Atomica to have them over for a sleepover in an effort to get closer to the object of their infatuation. The sleepover is all good and fun until they convince Atomica to let them inside Collider. Of course a Terrornaut appears and Atomica must fight, but with the girls in tow. The girls end up helping Atomica defeat the monster, and in the end realize Atomica is the one deserving of their hero worship.

Atomica is being picked on at school because of the containment suit Uncle Electros requires her to wear, and she is quite fed up with it. During a daunting Terrornaut encounter, Collider’s cockpit bubble is smashed. Suddenly realizing she does not need the containment, Atomica sets forth a giant blast of Radiance directly from herself, destroying her adversary. While Atomica is overjoyed with the discovery, Electros seems most displeased. Why was he draining Radiance reserves from the suit, and why is he now draining it from Collider?

For the first time, a Terrornaut attempts to speak to Atomica. Pleading with her to stop fighting. Confused and afraid, she finishes the creature. In the aftermath of the battle, among the remains, Electros finds a clue to the origin of these terrible beasts. The clue, an Atomian military badge, also triggers a memory for the Professor. Exposing old scars between he and his brother, King Protos. Electros and Atomica are both shocked to learn that the Terrornauts are actually soldiers from their home planet.

Catching insects for science class gives Atomica the idea to try to capture a Terrornaut. Atomica convinces Electros to use the Radiance to power the construction of containment units and to power experiments to reverse the terrible transformation of Atomians into abominations. The first attempt with the new tech fails, and Atomica must use Radiance directly from her own hands to detain a Terrornaut. And, it would appear in doing so, that the raw Radiance has an effect on the beast neither she nor Electros had expected.

Electros can’t make it to pick up Atomica from school, so he arranges for her to go home with a friend and her Mom. The Mother/Daughter duo end up treating Atomica to some “Girl Time” at the mall. Just when they are having a blast, and Atomica experiences first hand the joy of a Mother/Daughter relationship, a Terrornaut rips the roof right off the mall. Atomica must defend her friends and stop the monster! All in time for dinner.

EPISODE 9: WE MUST FIGHT!

Atomica and Electros have developed new tech that allows Collider to focus Atomica’s Radiance directly from her. Making rounding up and capturing Terrornauts safer and easier. Electros wants answers now, and in interrogating these captives, begins to show a darker side. When an imprisoned Terrornaut breaks free in the lab, Atomica discovers that with Radiance directly from her own hand, she can heal these mutated Atomians, and reverse the terrible mutations caused by the faulty wormhole.

Queen Alurus and Atomia’s resources are pushed to the limit, but so is Collider. Defeated by a mighty Terrornaut, Collider is down. Atomica must rely on her own Radiance to win the day. Transformed from Terrornaut back to Atomian Soldier, he tells Atomica that the evil queen is her mother. A new light is shed on Alurus and the situation on Atomia. While the light on Electros and his true intentions goes very dark, leaving the fate of Atomica shrouded in mystery.